I’ve got a confession. I’ve been involved in a dangerous love affair this summer. Before things get too serious, I’m forcing myself to leave this sticky situation alone before further damage is caused. As hard as it will be for me to return to my ordinary life, it is necessary for me to end this one-sided relationship and attempt to undo all of the damage it has inflicted, I can’t continue to be the other woman. Who have I been having this summer fling with, you ask? Well, I’ll tell you… But you have to PROMISE not to tell anybody, ok? I’ve been cheating on NEW MELL with FLUFFY MELL. I know.. I’m just as ashamed of me as you are, but please, let me explain!
I ventured into this summer season with the greatest of intentions; after finally refusing to reconcile with my “inner-fluffy.” I promised myself that I would never take her back, no matter how much she attempted to lure me in with food and drinks, promises of treating me better, and whispering sweet nothings into my ear. She wasn’t any good for me. “Stay strong Mell!” I would often have to tell myself, “She did you wrong, she hasn’t changed.. She almost killed you!” I even filed her phone number under “DO NOT ANSWER.” But eventually I gave in to temptation.
We didn’t spend nearly as much time together as we once did, just a few dates here and there. Mostly cookouts and gatherings, we even spent a few lazy weekends together. I couldn’t allow myself to get too attached, the pain and scars that she caused were still there and almost impossible to ignore. As much fun as I thought we were having with one another, I couldn’t help but notice something: whenever our time together came to an end, the temporary high that I felt when I was around her would abruptly come crashing down.
The exhilaration experienced during our carefree moments together was beginning to wear off, slowly but surely. I was finally starting to come to my senses: I had to cut that chick off, and for good this time! Why am I letting someone back into my life that caused so much turmoil? So much damage? Fluffy Mell didn’t give a damn about me, AT ALL. I couldn’t believe I was ready to throw away the beautiful and solid relationship that I developed with someone who was deeply in love with me, the new Mell. The new Mell loved me when I was at my lowest and built me up to heights Fluffy Mell would have never helped me reach. I couldn’t give that up for someone who would never allow me to flourish.
Breaking things off with Fluffy Mell was surprisingly not as difficult as I imagined it would be. She understood. No tears involved, no slander. I will always have a soft spot in my heart for her; because if it wasn’t for her than there would be no me, but her time in my life has expired. In the words of singer Jill Scott: “You were never good for me.. And I was never good for you.. I just remember what we used to do…”
Mell B 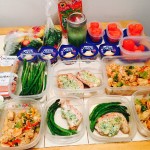 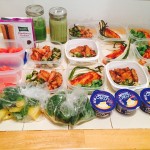