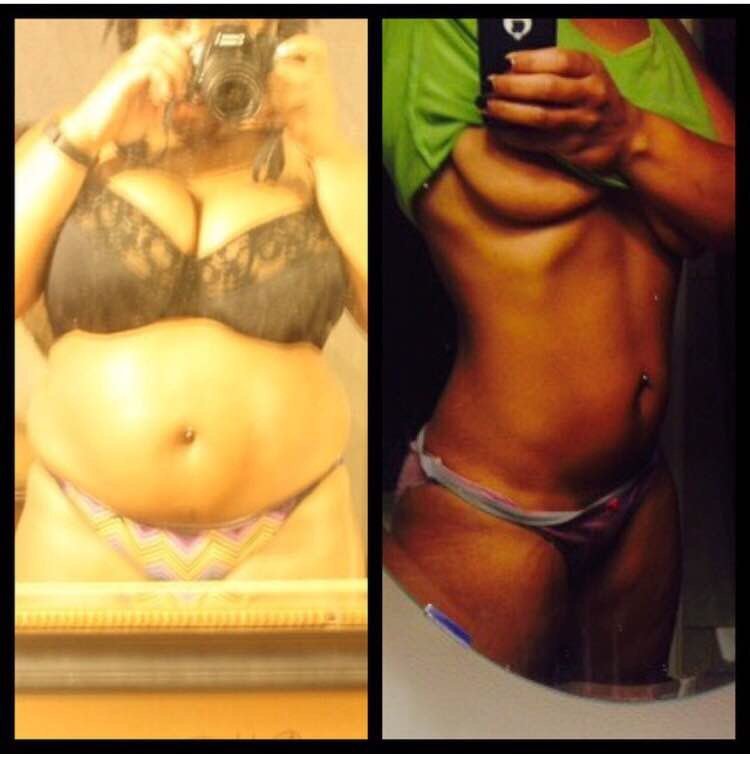 As told by Bonita:

I wasn’t overweight growing up but packed on the pounds in college and through an increasingly sedentary life filled with the luxury of being able to afford takeout every day, I consistently put on weight. By the time I was 33, at 5’4” I was 266lbs. And it’s not like that number crept up on me. I was never surprised by how big I was because I practically weighed myself daily. The number just never scared me more than the taste of pan pizza or french fries seduced me. 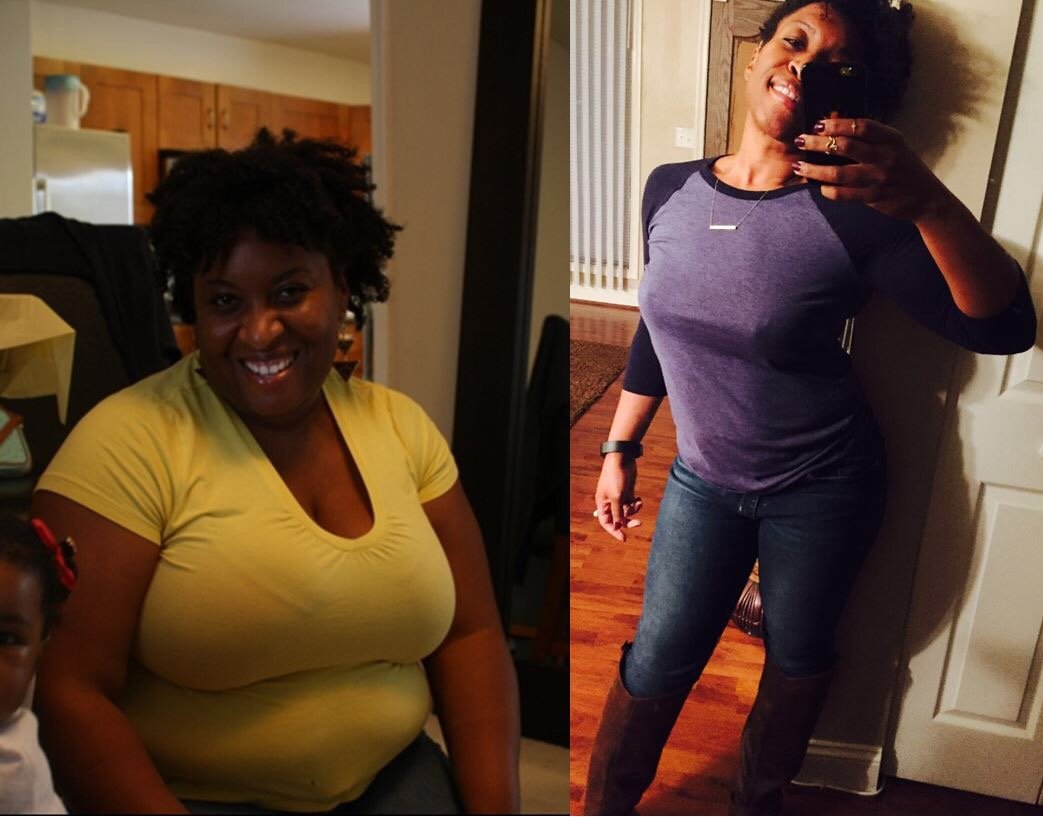 But being constantly unhappy with how you look, what type of clothes you can wear, or your personal relationships? That will take its toll. And not being able to stand at the sink doing dishes for more than 20 minutes at a time without having back pain will make you think twice. I was just at that point, and everyone has this point, where I was sick and tired of being sick and tired. Literally by chance I happened upon the email of a health coach who provided online counseling for weight loss. He also happened to be in my same state, so I met with him personally and after that first meeting, I thought “Bonita, is this it? Is this really the time that you lose the weight for real?” Still, I entered with trepidation. I’d never been able to lose weight before and my addiction to food was at an all-time high: we’re talking CODE RED levels. So a small voice within me said “Don’t get your hopes up…” But within a year of meeting him, I’d lost 101lbs.

I could say a whole lot about that year but to summarize how I lost that amount of weight in that amount of time was diet above all else, and weight lifting. More specifically my coach had me eat according to the amount of macronutrients I needed in a day, within a caloric deficit, that was measured against how many calories I burned in a day. There’s lots of “maths” involved in that. Math that you could easily Google and calculate for yourself. But he had the proper knowledge and schooling and had several successful clients that had all lost massive amounts of weight in relatively short periods of time, so I trusted his process. I ate my protein, carbs, and fats, stayed within my calories, and exercised as he instructed, and the weight consistently fell off. 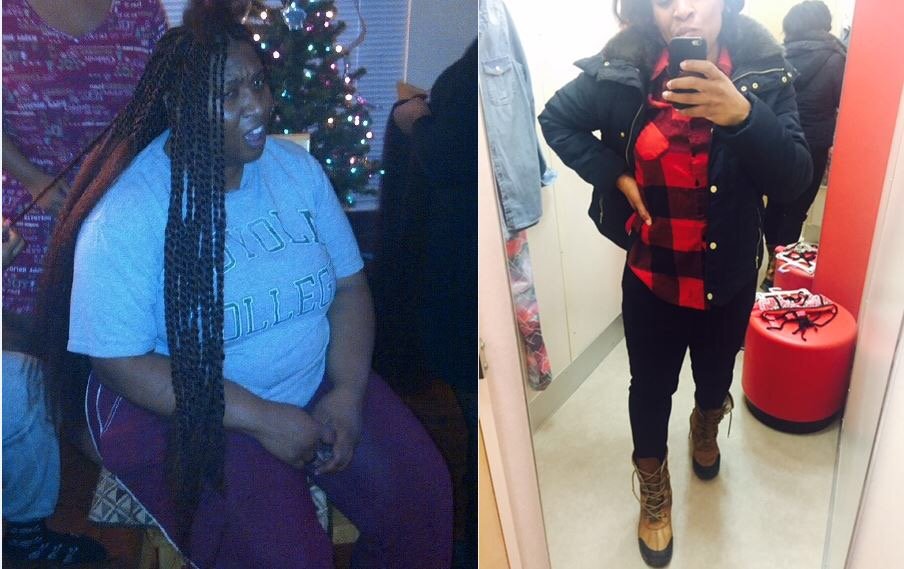 I struggled with some of the exercising at first which was mainly bodyweight movements or basic HIITs. But I was so heavy it seemed like it took all my energy. But as the weight came off, it got easier, and then we started going to the gym and lifting heavy and I really fell in love with how weight lifting sculpted my body. Weight lifting isn’t as fun for me as it used to be because I lost my gym buddy, but I still love feeling strong, so I keep it up. Also having increased muscle mass helps your body constantly burn fat, and I need all the help I can get in that area. So I’m trying to maintain the amount of muscle mass I currently have, while still trying to get to around 18% body fat.
The thing that has never been easy, and probably never will be for me, is the diet. It’s hard to eat clean every day. It’s literally the hardest thing I’ve ever done. And I fail A LOT. Since I’ve completed my program with my coach, I’ve yo-yo’d; gaining and losing the same 20lbs. Even with losing this much weight, it’s hard to stay motivated. It’s hard to eat the same types of foods for long enough periods of time to affect change. But I also know that it’s worth it. So even if I have to fight this battle daily with this snack-food-devil on my shoulder, I will fight it because it’s my life. And my life is worth it. I have accepted that it will always be a struggle for me but I’d rather accept that, then give up and dive head first into a bag of Doritos. I wouldn’t be happy if I gave up, any more than I am denying myself of a daily slice of cake. It’s not all sunshine and roses, this process… And even when you hit your goal, you’ll more than likely realize you’re still not satisfied in some way or another. So don’t just do it for the goal; the magic number on the scale, or those size 6 jeans you dreamed of fitting into, or that two piece you want to wear with confidence. Because that day will come and go. And you’re going to need more than that to sustain you. Do it for the process. Do it for the lessons you learn along the way. Do it for the discipline you will inevitably build. Do it for the joy of mobility. Do it for all those daily hard bits. Become comfortable with those hard bits. Befriend them. Cause that’s what sustains you in the end. That’s what helps you keep the weight off once the oohs and aahs die down and the novelty of those size 6 jeans lessen. Fall in love with the process, however hard, and you’ll be fit for life.
To see more from Bonita, follow her on Instagram: Bonitamarie123 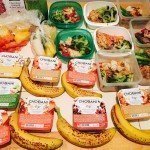 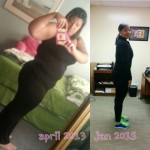